First, I want to apologize for the errant and late fishing reports.  Between updating the web, building a few more sites and suffering the constant hack attacks we have been suffering, not to mention very slow and cold fishing, I have not been as diligent with the reports as I should be.  With the holidays fast approaching and spending time with those that annoy us most, I thought I would share a little tale I whipped up for my Gulf Coast Connections Article for this month.  Please read and enjoy and remember only 123 more days, give or take a few, until warm weather returns.  Merry Christmas!!!

Twas the night before Christmas, and all through the lodge
Not a creature was stirring, neither small nor large
The boats were docked in their slips with great care
In hopes that great bay fishing would soon be there

The anglers were nestled all snug in their beds
While visions of trouts danced in their heads
And mom in her kitchen and I in my chair
Had just settled down, me out of her hair

As mullet and bait fish before the wild hurricane fly,
When they meet with an obstacle they launch to the sky;
So up on the lodge the white-tail they flew,
With an Explorer full of fish, and the little angler too.

And then in a rattling, I heard on the roof
The prancing and pawing of each little hoof.
As I drew in my head and was turning around,
Through the doors the little angler came with a bound

His reels how the wound! His rods how they cast!
His lures like candy and oh, how they’d last!
His droll little mouth was bowed up like light tackle
And the beard of his chin was as white as down hackle!

He lost not a fish, and caught every bite
And filled all the Explorer, oh what a sight.
And laying his rod on the gunwale port side
And giving a nod, through the doors he did slide

He sprang to his Explorer, to his team he did ahoy
And away they all flew leaving little anglers toys
But I heard him explain as he cruised out of sight

MERRY CHRISTMAS TO ALL….AND TOO ALL A GOOD NIGHT!!!

Have you seen any Aplomado Falcons? 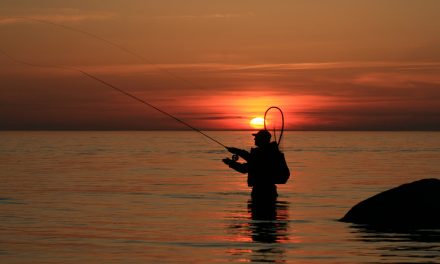 to wet for comfort!!