Re: Wade fishing and water temperature

June 26th Fishing
Got in the water about 6 am. Weather was perfect. Very lite breeze. Not too hot. Water was cool. Thru out some topwaters, fish were hitting very short. Eventually I coaxed a 19 and a half inch trout into taking my topwater (Super spook Jr.) Hit some dinks on soft plastics. No reds. Lost a 22″ trout when the jig tore out of its mouth. Caught a 20″ trout that eventually wiggled out of my hand and back into the water. Caught another keeper later on for a total of two fish. I had never fished a Mirrolure Mirodine 27MR, did so on this trip. Caught a couple of trout with it. I eventually hooked something (I'm thinking trout by the was it was shaking its head). I didn't get to see it. Busted through my 17lb shock leader. things slowed down after that, then I called it quits. Had a Good Time. Until then “Fish till you Puke”
Richard 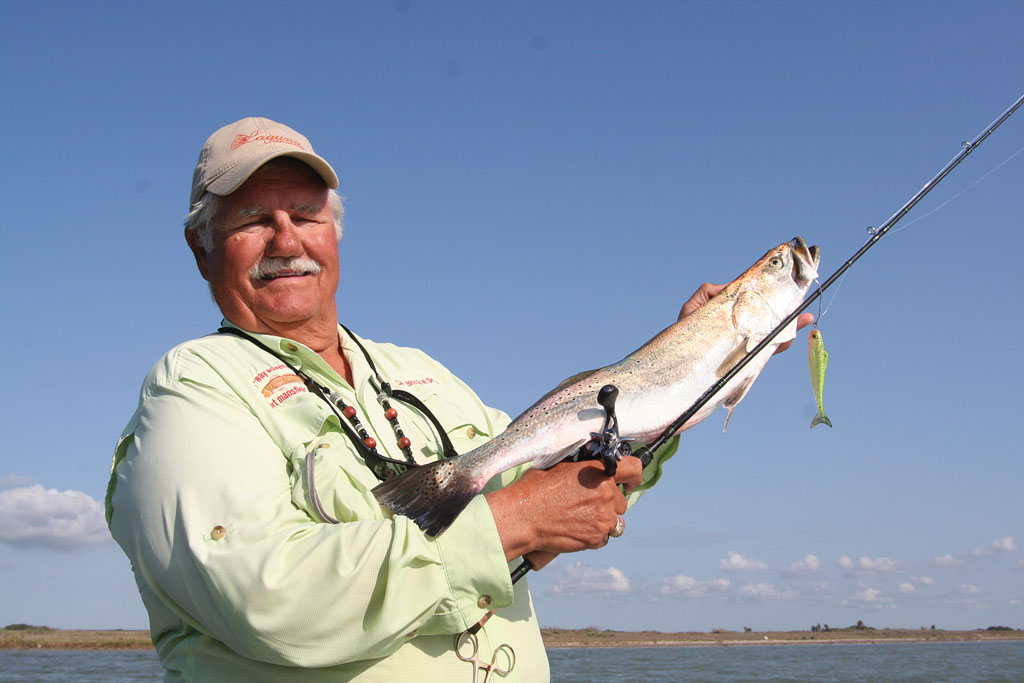